VR May Take Up To 10 Years To Make An Impact 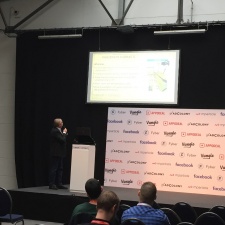 “VR by now has dreadfully disappointed,” says Juergen Goeldner, the owner of the Fidius Trust. “But will it change?”

Speaking at Casual Connect in Berlin today, Goeldner identified ongoing problems with VR that may mean its mass market acceptance takes a while longer. “Do not believe all the forecasts,” He told the audience. “VR is going to happen – but it may still take up to 10 years.” He moderated his warning by adding, “Anybody who says it’s dead is wrong; they’re just focussing on bad news because that sells stories” but he warned that we must continue to be aware of the problems.

The bad news includes the fact that there is currently only one business model that doesn’t rely on an install base of expensive equipment - that’s exhibitions and installations where people can try it out.

And of course, the classic ongoing problem, “Motion sickness is still the big, big issue. The fear of consumers is a barrier,” Goeldner says. But wireless headsets with 4K screens is, “Where the fun starts – that could change the market.” Better headsets in the next round of technology will drive everything.

Other challenges include consumer awareness, high price and lack of top quality content. “Where is the content that is like Pokemon GO was for AR?” Goeldner asked the audience. “Where is the brand that will make more people talk about VR?”

His conclusion is that compelling content will drive demand. Demand drives technology, tech drives the masses, and the masses expand the market... and make the content commercially viable. That’s when people invest. What will also change is using a single VR device to play games, watch videos and live events, and shop. Developers should also look for, “The awesome VR-only feature that convinces the consumer,” And in gaming, that’s most likely the adrenaline rush of doing something for real: ducking, pumping the shotgun, and pulling the trigger.