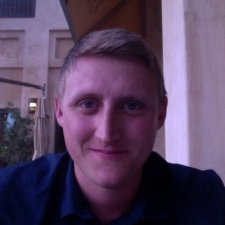 Virtual reality is a burgeoning market in 2017, backed by technology giants like Google, Facebook, and Microsoft. At the moment, the majority of the focus is on headsets like the Oculus Rift and Samsung’s Gear VR. But, for all the promise, there is one big problem that these headsets can’t solve – no matter what technological developments are made.

If you’re planning to develop or use VR content, you should make yourself aware of the blind spot and the way it could sabotage your plans. The good news is that there is a simple workaround – which could also make your VR content more useful and accessible than you had ever imagined.

Backstory To The Boom

Igloo Vision has been developing, designing and delivering 360 projection solutions for the last 11 years. Our immersive projection solutions allow entire teams to share and interact with VR content. Initially it was a long, hard slog. Then Facebook acquired Oculus VR and, suddenly, everything changed; the whole world’s eyes are now open to the potential of VR – which has given a boost to many of its close cousins, like Building Information Modelling (BIM), Computer Aided Design (CAD), and immersive visualisations and simulations.

Modern headsets bring immersive content to life in high quality and at low cost. All of VR’s issues from the 90s are at rest and the applications are seemingly endless; immersive gaming, VR films and videos – as well as a whole host of business applications. Immersive architectural and engineering visualisations, immersive training solutions, immersive brand experiences, stakeholder engagement programs, and so the list goes on.

VR’s diverse applications are backed by an appropriately diverse allegiance of start-ups, the aforementioned tech giants, and media companies. The Microsoft HoloLens, PlayStation VR, Samsung GearVR, the HTC Vive, Google Cardboard, Magic Leap, Razer OSVR – a huge amount of money is being poured into the industry. The New York Times releases an immersive video almost every single day and YouTube allows anyone to upload 360 video that can be explored using a smartphone.

Wearing a VR headset is an inherently solitary experience. You block out the real world and everything in it.

So, with this amount of money and the world’s brightest minds involved, what is this blind spot that I am talking about? The historical motion sickness problems have been largely solved, advancements in OLED technology are allowing increasingly high resolution screens, and headsets’ fields of view are rapidly separating themselves from ‘horse-in-blinkers’ territories. Perhaps the only ‘classic’ VR issue left to solve is that encountered by people who try to don a headset while still wearing their glasses.

My problem, though, is more fundamental: wearing a VR headset is an inherently solitary experience. When you put one on, you block out the real world and everything in it. It’s more akin to a blindfold than a TV. And this renders it next-to-useless for many situations where VR could otherwise be a perfect fit.

The Eyes Have It

“You can’t make eye contact in a headset,” said one bid manager. “And my job is all about making and reading eye contact.” A senior project director from a global engineering company felt similarly, “My big objective here is to show design concepts to clients and counterparts, discuss details, and reach collective decisions. How do you expect me to do that when we’re all wearing headsets?”

One experiential events director told us, “I’m all about creating shared experiences, and turning them into viral marketing. Yet here we are, flying hundreds of people across the world, then strapping a screen to their face. It doesn’t make for a very good viral video either.”

“The reason I want to use VR is to train my teams of real people to respond to virtual scenarios,” said a member of the UK emergency services. “That becomes a big challenge when no one can work out what anyone else is looking at.”

The Needs Of The Many

If the reason to use VR is to engage people singly and individually, there is no better way to do it than with state-of-the-art VR headsets. But if you’re looking for a shared or collective response, then you need to look beyond the VR headset blind spot, and explore other avenues like shared VR and immersive projection.

There are clear synergies between the two, and it helps that content from common VR software like Unity and Unreal can be ported easily between the two to create a sense of presence – whether in a headset, or a shared VR environment.

Headsets are wonderful – and their wonder is increasing every day - but they’re an inherently solitary experience that might lead to you inadvertently blocking out your colleagues, clients, and counterparts. By exploring complementary ways to experience and share VR, everybody’s content can be more useful and accessible than anyone had ever imagined.

Igloo Vision is exhibiting at VR World Congress from 11-13 April in Bristol.