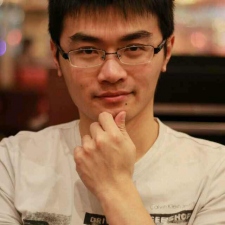 As in other arenas, China took hold of VR some time after it had become a hot topic in the USA. But, also as in other arenas, China holds a huge number of people willing to put money into something novel that can scale up – that’s led to investment in VR reaching impressive levels, (reportedly 4 billion RMB // US$593 million in 2014 and 2015). But if progress follows a similar path to the way it normally does, it could be some time until we see a healthier and steadier engagement in this new tech, one that will allow diversification in the sector.

Let’s use as a base example the hype cycle, created by the US firm Gartner, as an accurate representation of how new technologies have been proven to pan out. Where I’ve placed the blue arrow is approximately where I would say the US and the West is – expectations have been high, crashed a couple years ago and are now beginning to warm up as more and more consumers become aware of the tech, more impressive and readily available software is being produced, the exciting reality is generally setting in.

The red arrow, however, is where I would gauge China to be; just tumbling into the Trough of Disillusionment. For a year or two, seeing what was going on in the US and the potential for the tech, investors have been happily throwing their money around, aiming especially at those companies wanting to adapt to accommodate the large, consumer-happy market here.

Playing to China’s strengths in a huge manufacturing base and relatively cheap labour, the most immediate way of doing this was with hardware, resulting in a glut of affordable, sub-standard HMD brands. To make sure to hit the huge number of consumers without access to PCs that can run this tech, a lot of money was also put into the pay-per-play ‘arcade’ set-up which has now become prevalent in every shopping mall in China.

The peak of the aforementioned hardware investment, near the top of the Peak of Inflated Illusions, is the release of the Baofeng Mojing I, China’s first major headset release from a subsidiary of Baofeng Group, a communications giant. This wasn’t much more than a cardboard box (at a time when Samsung Gear was seen as the standard in mobile VR in the west), but set expectations soaring and prompted VCs large and small to put money into hardware (about 78% of VR investments were in hardware in 2015 and 2016).

Inevitably the various companies that sprang up to accommodate this spending and make their contribution to the VR hardware scene did nothing new and either produced badly made contraptions or just disappeared. More recently, as China finds itself on the downturn and ploughing into what has been dubbed the “VR Cold Winter” (link in Chinese) Baofeng Mojing, once the country’s leader in the field and great hope for the industry, has reportedly (link in Chinese) laid off a number of staff.

But it’s not all doom and gloom! With the disillusionment in hardware has come a willingness to invest in content (which jumped up to take about 30% of VR investments in August; a huge leap). This is needed not just to diversify where investors’ money goes, but also in keeping those VR arcades in the shopping malls topped up with fresh games and importantly pushing more studios in the country to compete to an international standard (currently most are not – indeed we at Viking VR are among only three groups in China that have made it to the Oculus store and the only studio that is operating self-sufficiently using profits from our last games).

As the flip-flopping of fickle investors from one part of the industry to the next begins to subside and we warm up to stability, as spring breaks over the ‘VR Cold Winter’ and with even President Xi Jinping himself endorsing VR at the recent G20 meeting in Hangzhou (often the last word in whether an industry will thrive or die here) and local government pledging start-up funds, I hope to see great creativity from my colleagues and demonstrations of the true talent that China holds.

With the likes of Tencent monopolising the mobile scene, disillusioned developers have taken the leap to VR. Although they’re currently a little unprepared for the development level that the West is at, these people are smart, well-trained creatives and deserve to show the world what they’re capable of. Within time and as things calm, I look forward to everyone here having that chance.

Zhou Jinyu is a games designer and entrepreneur based in Chengdu, China. After years of experience designing games in some of China’s largest companies, such as Perfect World and Kabam, he set up his own studio to work exclusively on virtual reality games; Viking VR. Viking VR is based in Chengdu and makes AAA quality virtual reality games. It is one of a handful of Chinese VR studios to make it onto western platforms, while its debut title, Space Jones VR, was the first - and so far, only - Chinese-made game to be featured on the Oculus Store. The studio’s next game, an arcade FPS named Bullet Sorrow, has a free demo available now on Steam and will be entering early access soon.