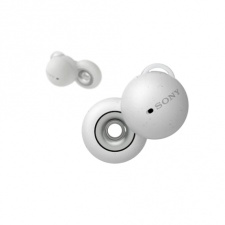 The collaboration will pair Niantic’s real-world AR tech with Sony’s spatial sound tech to provide an "unprecedented AR experience", with a focus on immersion.

The partnership begins with the launch of Sony’s LinkBuds, a new set of hi-fidelity headphones that provide a real-world, always-on device.

"Many people play Niantic’s games with the sound off because you don’t want to be cut off from the world around you," said Niantic director of product marketing Archit Bhargava. "But with LinkBuds we think that our users will be even more immersed in the experience while also being aware of their surroundings in the real world too."

Niantic has stated that this is just the beginning and that future collaboration with Sony will create "fun and immersive" community experiences on an even deeper level.

Niantic vice president Setsuto Murai added: "By combining Sony's audio technology with Niantic's AR technology, we believe that we can offer a new level of AR experience, beyond just what you can see. We look forward to providing a more immersive AR experience in the real world

More details surrounding the partnership are expected to be revealed later this year.