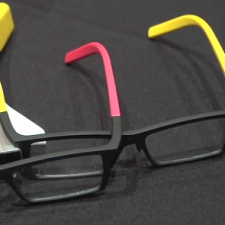 Israeli-based AR company Lumus has completed a $45 million round of funding, led by Quanta Computer whilst featuring investments from HTC and other investors. Earlier this year in June, the company also raised $15 million to scale expansion, bringing the total to $58 million since being founded in 2000. Ben Weinberger, Lumus CEO said “This new funding will help Lumus continue to scale up our R&D and production in response to the growing demand from companies creating new augmented reality and mixed reality applications, including consumer electronics and smart eyeglasses.”

Lumus does not manufacture end products; the company is positioned to enable headset manufacturers by providing developer kits and its Optical Engine display tech. Optical Engine consists of the Light-Guide Optical Element, an ultra-thin lens embedded with transparent reflectors inside; and the Micro Display, a miniature projector. Together, they create a virtual image of a large, full-colour screen projected onto the wearer’s surroundings, with a see-through overlay that maintains visibility of those surroundings.