Drifter Gets $2.25 Million For VR eSports 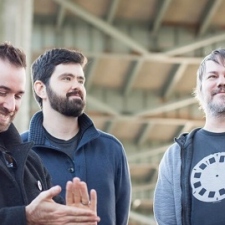 Drifter Entertainment, a Seattle-based VR development company has received $2.25 million in seed funding to continue and bolster development of its VR eSports games. The investment has been led by Signia Venture Partners, which also led a $5 million investment for STRIVR Labs recently. Another of Drifter’s major investors is Initialized Capital, which is its “First VR bet, because this is the first time we saw something in the space that really felt like it could be a major level up in gaming.”

Brian Murphy, one of Drifter’s founders outlined the company’s vision in VR, “The titles we’re working on are ambitious experiences designed for a new medium, and knowing that we’ll have the capital to see them through is certainly empowering.”

VR’s potential in eSports is great, but it hasn’t taken any sort of marketable form as of yet. Drifter aim to lead the charge, using the veteran experience of its founders and the financial backing of its investors to make VR eSports happen.