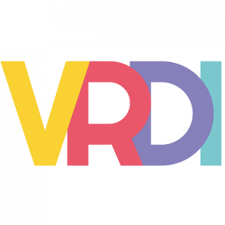 The VR Diversity Initiative returns for 2018 with another series of events aiming to upskill underrepresented groups in media and technology, including women, LGBTQ, disabled people, Black, Asian and Minority Ethnic professionals who are considering a career in the VR space.

Taking on board feedback from the initial 2017 event, the VR Diversity Initiative will deliver a more targeted agenda in 2018. Limiting the number of attendees by way of application, each participant will have the opportunity to work with an experienced VR mentor and will produce a unique prototype within a single day.

Nina Salomons, lead organiser of the VR Diversity Initiative said, “We need to ensure that new immersive technologies stay open and diverse. The VR Diversity Initiative is aimed specifically at bringing under-represented groups into the space that want to move their careers into the space, are looking to add VR into their existing role or have little to no knowledge of XR technologies.

“By the end of 2018, 180 participants will get hands-on with VR and build a rough prototype in a single day. I am confident that the VR Diversity Initiative will strengthen the future of immersive technology by diversifying the individuals who get hired and work in the space.”

The VR Diversity Initiative 2018 Kick-Off will be supported by Hobs Studio, who will be providing space for the workshops within their Here East venue and catering services throughout the day. Kadine James, 3D tech lead, Mentor and STEM Ambassador at Hobs Studio said, “We are absolutely delighted to be supporting the incredible VR Diversity program. Female role models are important and I want to use my platform as a woman in tech to empower the next generation of female tech leaders.

"I also want to ensure that VR doesn’t become a male echo chamber and that we create jobs for female VR artists/developers. VR has the power to transform the way we educate, communicate and entertain. Unless more is done to tackle the disparities around the gender gap in tech then it will be only half the population that benefits and this would be a wrong.”

The VR Diversity Initiative is organised by VRFocus, with support from HTC Vive and the Realities Centre, with more announcements to follow.