Week That Was: 17th February 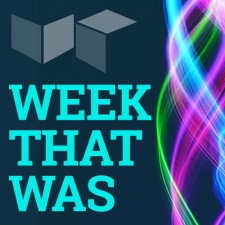 This week has been all about video here at TheVirtualReport.biz, as we’ve published 40 videos from the conference schedule at our recent VR Connects London event. Even if you couldn’t make it to the show, this is your chance to see some of the top names in VR as they share their thoughts, experiences and insights with you.

Mark Zuckerberg uses earnings call to reiterate that VR is on a 10-year course to profitability.

Mark Zuckerberg explains his vision for the world of the future.

Ever wondered what it would be like to work in Virtual Reality full-time, spending your 9 to 5 in an entirely other realm? Well now you can…

From the What, Where and Why of VR to its potential to drive social change and finding that killer app, this series of videos features global thought leaders from Greenpeace, the BBC, Resolution Games and AMD.

From making money and the latest trends in VR to democratising VR and its power for fundraising, this series of videos features global thought leaders from the likes of Google, Save The Children, nDreams and CCP Games.

From defining acronyms and stereophotogrammertry to 2017 trends, social VR and what's next for MR, this series of videos features global thought leaders from the likes of REWIND, Solfar Studios, Lockwood Publishing, Steampunk Digital, and Virtual Umbrella

From mobile VR, AR localisation and MR interactions to the future of storytelling, design challenges and the legal implications of immersive technologies, this series of videos features global leaders from the likes of Microsoft, Sea Monster, and BAFTA

Stephanie Llamas of SuperData Research assesses the implications of HTC’s intentions to move into the mobile VR space.

Our industry panel of VR experts on whether VR is really the future of computing, or just the latest entertainment fad-to-failure.

Week That Was: 13th January

Week That Was: 6th January