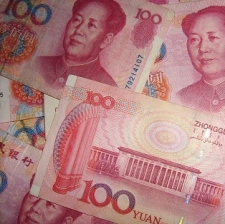 We’ve already seen a pushback to American policy under President Trump from leading VR engine company Unity and some of the biggest companies in the wider games industry. Asian capital is now thinking twice before committing more money to the US as much of the sentiment and rhetoric since the US election concerns Asian corporations, as they’re likely to be less welcome in the US in the next four years than in the last eight. Significant private equity and the prospects of offshore corporate cash flowing back into the US offers the prospect of huge private liquidity, while US tech valuations are at all-time highs in many sectors.

As a result, the European market is more attractive to Eastern investors, with nearly 50 European tech ‘unicorns’ valued at $1B+, up sharply from even five years ago. European unicorns are much better developed than US counterparts; revenue averages $300m+ versus $100m+ for US unicorns. The difference is indicative of a European trend away from hype valuations, resulting in performance driving value more than just potential. We see this mind-set having created dozens of sizeable and mature tech assets in Europe, making that sector much more investable than a decade ago.

By way of contrast, for Series C and later rounds, total US capital invested in tech companies in 2016 was $26B, in Europe that number was only $2B. Magister Advisors predict that as more European companies mature, this gap will be closed by Asian investors.

2015-16 saw unprecedented Asian M&A of platform assets in Europe which will be expanded through follow-on investment and acquisition as Asian corporates build long-term assets in Europe which will support further capital inflow. Much of European tech is already more international than the US, making adaptation for Asian markets easier and less risky. European tech companies think nothing of creating multiple overseas operations early in their development, something US companies have little need to worry about. This results in European tech targets that are inherently much ‘safer’ to internationalise, in turn increasing their attractiveness for investment.

As the UK is poised to leave Europe, it remains one of the most attractive territories thanks to a 25 per cent discount on UK tech – a $/£ rate near $1.20 is near unprecedented on a trade-weighted basis. While currency doesn’t drive basic investment decisions, it does make previously-logical UK investments 25% cheaper than a few months ago. EU risks that drive this depressed rate are of little consequence to many Asian investors who are interested in leveraging UK tech assets in Asia, not elsewhere in Europe.

Magister Advisors believe ‘looking East’ from 2017 could be the greatest ever endorsement of the quality and value of European created-technology, and accelerate the development of the tech ecosystem far faster than it could ever develop by ‘looking West.’