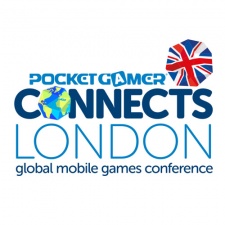 As such, Pocket Gamer Connects London has gathered a collection of VR developers to discuss the biggest issues at the Future Visions: VR and AR track. They are:

The first order of the day is to discuss the cardinal sins of virtual reality development; what should any self-respecting VR developer avoid?

"Try really hard to avoid anything that takes control of the camera to prevent the player from feeling sick," says Cornillon.

Feeling sick, as it turns out, is a big concern most would do their utmost to avoid. For the more malevolent developers out there, however, Naylor implores "don't make people nauseous on purpose."

Along the same lines, Goode's advice is for developers to "respect the player." A spooky atmosphere is great, but for many a virtual reality jump scare is considered beyond the pale.

From an artist's persepctive, Briskham notes that intuitive UI is more important on VR than on any other platform, often requiring a completely different approach.

Indeed, Goode points out that something as simple as a traditional heads-up display simply can't work on VR, lingering awkwardly in the corner of one's peripheral vision. This requires solutions that are "part of the world."

"Everything has to be contextual," adds Briskham.

With plenty of hardware on offer, from $600 cutting-edge tech to those made of cardboard, discussion quickly shifts to the experience offered by each.

The potential of the Gear VR for wowing family members and playing pub games is noted, but the relatively limited number of phones on which it works remains an obstacle to mass-market understanding.

Touched upon with references to the likes of Keep Talking and Nobody Explodes, Goode in particular is focusing on the seemingly contradictory concept of social VR.

This is based on the philosophy that others enjoy seeing the reactions of a person engaging in a virtual reality world, with Goode noting that Sony's potential to display something different on a TV screen gives it additional scope in this area.

Nobody really knows what is and what isn't going to work on VR right now, but those who are already committed to the platform are obviously the closest to having it figured out - whether or not their work pays off this year remains to be seen.

Antisocial? VR could be the future of networking, say developers