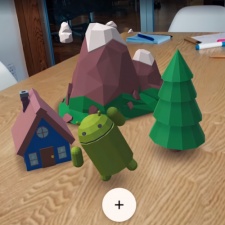 Google is bringing its augmented reality technology ARCore to China thanks to a partnership with Xiaomi.

Many of Google’s services are blocked in China, but by going through Xiaomi Google is, for now, able to make the technology available in the country.

There’s still no Google Play, but ARCore apps will be available on Mix 2S from the Xiaomi App Store in China.

The search giant has a big battle ahead to increase adoption of its technology in China given the limits put in place on its operations by the government.

But partnerships like this, as well as other expected deals with Huawei and Samsung in the country, and the nature of ARCore could offer an in for Google’s augmented reality services.