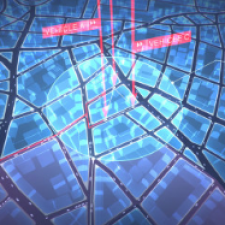 Improbable, a British technology company, has raised $502m (£388) in a round of Series B funding led by SoftBank.

All the funds from the investment will be invested in developing Improbable’s technology, including its SpatialOS distributed operating system. Improbable’s plans include accelerated recruitment in its London and San Francisco offices, and investments to develop a vibrant ecosystem of developers and customers.

Improbable uses cloud-based distributed computing to enable the creation of virtual worlds for use in games and massive-scale simulations of the real world. This investment brings us half-a-billion steps closer to the Metaverse.

“We believe that the next major phase in computing will be the emergence of large-scale virtual worlds which enrich human experience and change how we understand the real world. At Improbable, we have spent the last few years building the foundational infrastructure for this vision,” said Herman Narula, CEO of Improbable.

Alongside the investment, Improbable will explore and identify opportunities for mutually beneficial relationships with SoftBank, its partners and portfolio companies.

Deep Nishar of SoftBank has joined the Improbable Board following this investment, which sees SoftBank taking a non-controlling stake in the company.

Improbable’s technology enables the creation of massive simulations – virtual worlds – at a far greater level of scale and computational complexity than previously possible, and while able to support more simultaneous connected users. SpatialOS integrates with major game engines and has been in live beta since March.

Because the work of maintaining game worlds and tracking activities within them is managed and distributed across the cloud using SpatialOS, multiplayer and massively multiplayer games can be created and scaled by teams of any size, without dedicated network engineering and without initial infrastructure costs.

Developers are already using SpatialOS to build a range of different types of games which take advantage of its ability to manage larger scale, higher player numbers and easy scaling in a seamless virtual world.

Herman Narula, CEO at Improbable said, “The global games market is already huge, and we believe that far more growth is possible. The kinds of games enabled by SpatialOS – multiplayer games allowing players to form meaningful relationships with games worlds and with each other – will be category-defining, and attract new audiences.

“This investment reflects the potential size and importance of the market for this next generation of games and, ultimately, how massive-scale virtual worlds could become fundamental to how society works.

“SoftBank is a perfect partner for us, with many complementary investments in their portfolio. This investment will allow us to take the big, bold steps needed to fully realise our vision.”

Spatial In The Real World

Improbable is also applying the same technology that powers SpatialOS to the simulation of complex real world systems. Potential applications include simulating transport infrastructure, telecommunications networks or the behaviour of fleets of autonomous vehicles.

Improbable’s technologies enable the creation of complex simulations at massive scale. There is considerable potential for expanding the capabilities of simulation technology to real-world decision making.

Improbable is exploring applications in city management, telecommunications, infrastructure and logistics, cybersecurity, transportation and traffic control and the Internet of Things, and has also seen interest in medical applications, economic modelling and many other use cases. Proofs of concept and pilot projects have included the simulation of the Internet backbone, and a British city (based on open-source map, traffic, gas and electricity, water and sewage, Internet and mobile connectivity data).

Deep Nishar, MD at Softbank said, “Improbable is building breakthrough technologies that are becoming vital and valuable platforms for the global gaming industry. Beyond gaming, this new form of simulation on a massive scale has the potential to help us make better decisions about the world we live in. Improbable’s technology will help us explore disease, improve cities, understand economies and solve complex problems on a previously unimaginable scale.

Along with Machine Learning and IoT, Improbable’s distributed computation technology represents a critical next frontier in computing.”