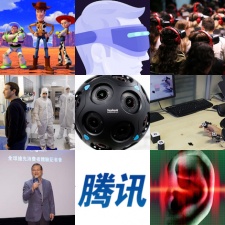 Nine VR stories from around the web that caught our eyes here at TheVirtualReport.biz in the last few days:

Facebook, HTC and Intel leading the charge, according to Recode.

Chinese mobile Goliath could be adding a VR headset to its new MiniStation.

Fast Company takes a look behind the scenes at Facebook’s new VR cameras.

6) The VR and AR Markets Are Thriving

A positive take on the VR market.

8) Spatial Sound Will Be a Critical Component of Mixed Reality

The Next Web talks to Wyclef Jean and more.

Adobe’s advanced research, according to Variety.