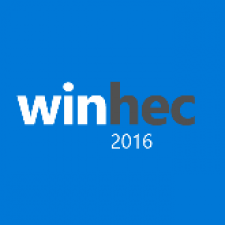 Microsoft restated its ambitions to make MR mainstream at today’s Windows Hardware Engineering Community event (WinHEC) in Shenzhen, China. One of the primary barriers to customer adoption is the high hardware cost and Microsoft hopes to address this not only by working with partners to release hardware at half the price of established VR hardware from HTC and Oculus, but also by lowering the PC spec required to run VR.

Microsoft has now told us that the minimum spec PC hardware to run VR on their forthcoming headsets start as low as an integrated Intel HD Graphics 620 (GT2), while any DX12 API Capable GPU can be used. This stands to considerably reduce the cost of running a VR headset that still offers full freedom of movement in any direction.

Terry Myerson, Executive Vice President at Windows and Devices Group promised the hardware would deliver, “Mixed reality experiences for everyone through affordable PCs and head mounted displays (HMDs) that blend the physical and virtual realities in ways that no other platform can.”

Microsoft’s VR hardware will be available to consumers this time next year.