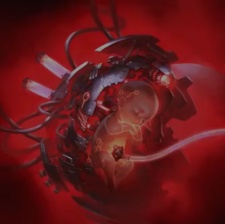 The VR-only first-person combat game features futuristic alien robot enemies, cyborgs, samurai and laser swords. Set in the year 2480, in its quest of galactic exploration mankind has incurred the wrath of an alien civilization. Players take the role of Yukimura Sanada, the famous samurai warrior of Feudal Japan, resurrected to fight against extraterrestrial invaders of Earth.

Players can choose from laser katanas, pistols and psychic powers with a different weapon in each hand, as well as the ability to slow time with carefully timed counter attacks.

A Samurai Awakens has won numerous industry and gamer accolades, including:

Visit the WinkingVR Website to pre-register and try out the Reborn: A Samurai Awakens demo at Gamescom 2017.

Reborn: A Samurai Awakens is slated for release at the end of 2017 on PS VR.