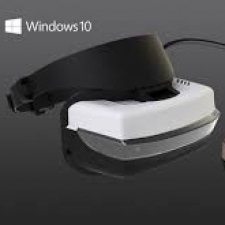 Microsoft will reveal more information about its new VR headsets during the WinHEC events taking place on December 8-9 in Shenzhen, China and December 14-15 in Taipei City, Taiwan. The technology company promises that the events will explain its visions and plans in detail, specifically stating that information will include guidance for building PCs optimised for a variety of Windows Holographic HMDs and content. This ‘variety’ means the events are likely to cover both HoloLens and VR headsets.

Last week, Microsoft unveiled its plans to bring ‘powerful and affordable’ VR to everyone with a new range of previously unannounced VR headsets at the Windows 10 event in New York. While the HMDs were displayed during the on-stage demo, we weren’t given any details regarding specifications. The WinHEC events will be our first chance to the hardware’s potential.