VR Predictions From The China Regional President Of Vive 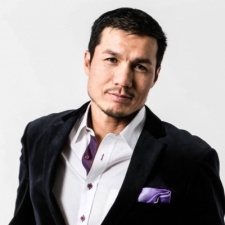 During his talk at the Unity Vision Summit in Beijing, China, Alvin Wang Graylin, HTC’s China Regional President of Vive, made some predictions concerning VR over the next two years. A total of 20 predictions were made, 10 for each year, and all of them anticipate an immense level of growth and global adoption for VR.

These predictions are certainly bold, but when you consider how far VR has come in 2016 alone, this level of progression in one year becomes more than feasible. Here’s what Graylin thinks 2018 has in store for us:

Each of Graylin’s 2018 predictions are more specific, and follow a certain theme: VR changing our lives as we know them. From what we can see, Graylin maintains that 2017 will be a year for growth and mainstream implementation, whilst 2018 will begin to realise VR’s impact on our daily lives.

Again, the predictions are very bold. But, as China Regional President of Vive, Graylin’s thoughts shouldn’t be easily discounted. He’s a central part to HTC’s strategy in VR, which requires an excellent understanding of the market and its direction. When considering the company is behind one of the high-end VR HMDs, has already partnered with hotels to bring ‘VR-ready’ hotel rooms, as well as building the first Daydream-ready phones Pixel and Pixel XL, it indicates that the predictions could be hints towards HTC’s future VR endeavours. Either way, we’re sure the company will have a big part to play in VR’s journey through the coming years.