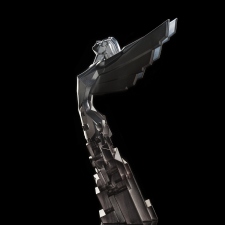 Last night’s Game Awards featured a VR category for the first time this year. In a show that ran for more than two hours celebrating the best games, the VR award was announced in a blink-and-you-miss-it moment in the pre-show build up; four minutes before the event even started.

We bring you 100 per cent of the awards for VR right here; every last word! Alone on a pedestal at T-minus 4 minutes, host Geoff Keighley said, “The Best VR Game is Rez Infinite; congratulations to Enhance Games.” That’s it...

But we only know the nominees because we found them on the Game Awards Website. Notice anything about that list? Every single game is available on PS VR. We have nothing against Sony or any of the games listed, but we have to ask where the Rift and Vive exclusives were. We’ll resist jumping to any conclusions, but had to draw it to your attention.

It Pays To Be Early

If you tuned in 11 minutes early, you would also have seen Pokemon Go by Niantic win Best Mobile and Handheld Game, and Best Family Game. And if you stuck around for more than two hours, Assassin’s Creed The VR Experience got a mention too...

We just don’t understand why the self-proclaimed ‘Gaming’s biggest night’ sidelined the games we love so much in the historic year that saw no fewer than three major VR hardware platforms released to consumers. Omitting VR from the awards ceremony itself seems like a massive own goal, given that the whole event was shown live with Next VR.

You can watch The Game Awards 2016 on the official YouTube channel here. And we do mean watch, because YouTube has muted the audio, ‘Due to a claim by a copyright holder’. At the time of writing, you can see - and hear - the show here.