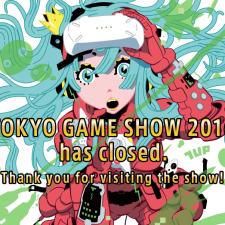 This year’s Tokyo Games Show saw record breaking levels of attendance from the industry and general public alike, with 271,224 visitors attending over the four days of 15-18 September. Held as ever at Tokyo’s Makuhari Messe, 614 companies and groups exhibited at TGS 2016, with more than half of those from overseas.

This year’s show saw the introduction of an all-new VR Area, reflecting the huge interest in the sector. A total of 110 VR titles were on display at the event; most were for HTC’s Vive, with Sony’s PS VR just behind.