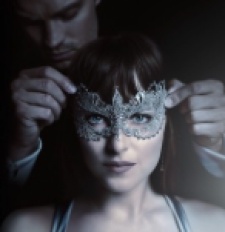 Cinematic VR company, Jaunt, has launched a Chinese version of the Jaunt VR App in mainland China on the XIAOMI VR Headset. In a joint venture between Jaunt China, Shanghai Media Group (SMG) and China Media Capital (CMC), this is the first public release in what will be a series of platform releases over the coming weeks.

The first wave of content on the Chinese Jaunt VR app includes 16 cinematic VR titles in English, and one in Chinese. The first Chinese title is Our Shanghai, a tourism VR experience starring the famous actor Hu Ge.

The English language titles include the Disney’s Circle Of Life 360 Experience from The Lion King on Broadway, Fifty Shades Darker: The Masqurade Ball based on the film, the travel experience Machu Picchu, The Lost City Of The Inca,. All English content will have Chinese subtitles that track to the user’s viewing direction. The first 17 titles will also be exhibited at the 20th Shanghai International Film Festival, June 17th – 26th.

"An increasing number of mobile, console, and desktop platforms are natively supporting VR in the Chinese market, which is a strong indication that VR is starting to become mainstream," said James Fong, CEO of Jaunt China. "XIAOMI is an exciting and energetic company, revered by the younger generation. We attach great importance to our collaboration with XIAOMI, and we aim to create a substantial library of VR content for viewers to enjoy on their XIAOMI Headsets.”

Jaunt China has a robust slate of Chinese language titles that will be releasing in the Chinese Jaunt VR app in the coming months. In addition, they recently launched the Global Creators Community VR video competition, organized in collaboration with Shanghai Media Group (SMG) and UCCVR. The program has received over 200 submissions of VR titles throughout the globe, many of which will be distributed on the Chinese Jaunt VR app.

Not only will Jaunt content be licensed into China through the Chinese language app, but content created in China will also be able to travel back into the English language Jaunt app which is distributed throughout the rest of the world. This makes Jaunt’s distribution and reach truly global, touching every continent, and virtually every country.

Nokia And Xiaomi Take On The World