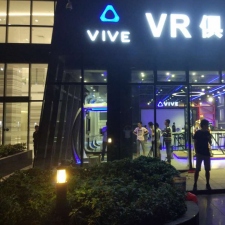 VR themed cafes play a major role in catapulting China’s VR market ahead of the rest of the world. There are already more than 3,000 VR cafes nationwide and HTC has just launched its first Vive branded VR café in Shenzhen, China.

Alvin Wang Graylin, China Regional President of Vive, confirmed in an interview that HTC’s investments in VR cafes don't end in China; the company is planning on global expansion of the business model once it has been finalised. He explained HTC’s vision to connect these cafes using a new content management platform, Viveport Arcade, which is designed to assist VR café owners in managing their VR content conveniently and efficiently.