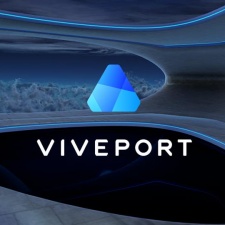 Vive makers HTC have now entered into the app store market by way of their newly launched Viveport app store.

According to HTC, the Viveport app store will focus on putting the spotlight on the best virtual reality experiences currently available, and will be available alongside other stores run by competitors such as Oculus, Samsung, and importantly Valve.

What’s even more interesting is that whilst Viveport will understandably be focused primarily on the HTC Vive, the app store will also be available for headsets, web browsers, PC, and even mobile apps.

HTC’s aim in launching this new store is to allow a wider audience to enjoy virtual reality to its maximum. As such, Viveport will include experiences that cover news, 360˚ video, sports, heath, shopping, fashion, travel, and much more. Essentially, HTC hopes to make this your one stop shop for brand new VR experiences.

In fact, right now some of the biggest experiences available include updated builds of Everest VR and theBlu, alongside the likes of The Music Room, and Stonehenge VR. What’s more, for those regions where the store is currently available, HTC is holding a 48-hour flash sale to celebrate the launch, with some games discounted to as low as $1.

Speaking about Viveport’s launch, Senior Vice President of Viveport at HTC Rikard Steiber had the following to say:

“We believe Viveport is the place where customers will start their journey into new virtual reality experiences. Now, fans in over 30 countries will join us on a fantastic voyage, as they get to experience amazing VR Apps published by the best content creators in the industry.”

Finally, HTC wants all of its users to keep an eye on their social media platforms over the coming days and weeks stating that for some there will be an opportunity to gain free access to unlimited content.

“Any day now, we will relay a secret message that will reopen a path to unlimited Viveport content for worthy contenders. We hope you will follow us on social media, install the Vive software, visit Viveport.com, and explore Vive Home over the next month, as we unveil more clues and keys to unlock the treasures.”

Either way, free or not, the Viveport store is a very interesting proposition from HTC, and definitely moves more focus onto those VR experiences that can be had outside of gaming. As such, The Virtual Report will definitely be keeping a close eye on how the store grows as it is made avialable to more and more regions.