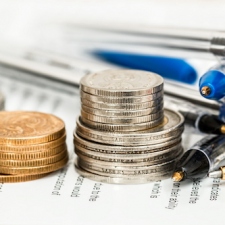 It's been nearly a year since we first published our article exploring the true cost to consumers of buying a VR set-up across mobile, console or PC last September, so we thought it was high time to power up our calculators and crunch some numbers to see what's changed...

Overall, we’re pleased to report that the cost of getting into VR is generally lower now than it was when we first wrote this article last September - in one instance, up to nearly £700 cheaper. That’s a significant chunk of change and will go a long way to tempting curious consumers to invest in VR hardware. It's great news for consumers and the industry alike.

Movers In The Middle Ground

While the actual order of affordability for VR hardware is largely unchanged since our original article, there is one significant move; the ‘best’ mobile solution is now more expensive than the ‘least best’ high end system – Gear VR now costs more than PS VR.

The cost in real terms of both Samsung Gear VR and Sony PlayStation VR have actually increased in the last 11 months. Notably, both players have established positions as sales leaders in their respective segments of mobile and tethered VR.

Oculus’ Touch bundle now makes it easier for consumers to compare oranges with oranges versus HTC’s Vive and wands (we’ll leave the Apples out of it until iOS 11 drops with ARKit later this year). However, Sony still expects its customers to pile up the packaging by buying peripherals separately, thus enabling the brand to continue to market its PS VR at a significantly lower price point.

Mind The Gap At The Top

When you take into account the additional hardware expense for PlayStation Move controllers and camera, PS VR is just £60 less than Rift for the HMD, tracking and controllers. Factor in the processing from a PS4 console or PC and Oculus Rift is now barely £140 more expensive overall for an entire set-up than the perceived ‘budget’ tethered VR option, Sony’s PS VR. That’s just the cost of three or four AAA games...

A price gap has opened at the highest end of the scale, where last year we found that despite distinctly different approaches to hardware releases and bundles, Vive and Rift could not have been closer on price if they had tried. All told, a Vive system was originally a mere £12 more expensive last September; now that gap has widened to £324.

This list gives an overview of how the contenders have played the game since our original article, in order of affordability...