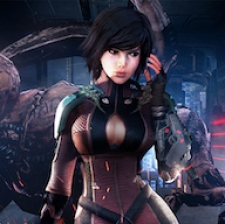 Mortal Blitz launches for PS VR today on the PlayStation Store and marks the first release for the platform from Korea. It supports both Move controllers and the DualShock 4.

SKonec Entertainment’s shooter is available in the USA and Canada, as well as Asian territories, supporting four different languages (Korean, English, Japanese and Chinese both simplified and traditional) in both subtitles and in-game audio.

The game is preceded by 2015’s version on Gear VR, as well as last month’s ‘Mortal Blitz for Walking Attraction’, which opened in Lotte World, Korea’s most famous theme park.