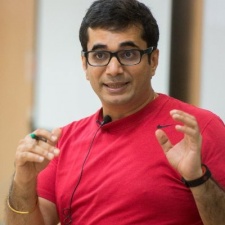 Vishal Gondal is still responsible for one of the Indian games industry's greatest success to date.

The company he founded, Indiagames, was acquired for $100 million by Disney in 2012.

He then oversaw all things digital and gaming at Disney's India arm until 2013, before relocating to California and establishing a startup in the health/wearables sector.

Now, he's looking to give something back to the burgeoning Indian games industry by launching an early stage fund for developers in the region.

Gondal's own experience and insight is arguably just as important here as the funding itself, offering a kind of mentorship that is seemingly a rarity in India.

Furthermore, Gondal's focus is broader than the mobile-only approach taken by many local game development funds.

"We're not just looking at mobile game studios alone. VR, AR, game technology like engines and even eSports, are what we will be looking at as well," he said.

"The idea is to capture and capitalise on every touchpoint in the games business ecosystem in India and provide them with not just capital, but business expertise, given gaming is going to grow exponentially in the Indian market."