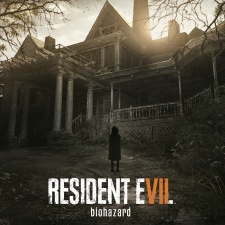 Resident Evil 7: Biohazard is one of the world’s best known names when it comes to horror. It’s a franchise that's constantly looked to reinvent itself since its inception back in 1996. And now Capcom are looking to do that again by developing the latest instalment with virtual reality at its forefront.

Horror is perfect for virtual reality: trust us, we've played a lot of them. The immersive and claustrophobic feelings that can be generated when you are locked into your headset, is something that just can’t be matched outside of VR.

This is good for Capcom, as arguably it enables them to take the franchise back to its roots, after what some have considered a swing too much towards the kind of frantic action normally reserved for titles such as Gears of War and Uncharted.

In many ways this is even more fitting, given that the kind of suffocating and overwhelming feelings of fear that can be generated in VR are something that Capcom was able to generate back on the original PlayStation. They do so through the use of an abandoned mansion as the setting, with blind camera angles and tank controls from a gameplay perspective.

With new technology comes new opportunities to reinvent that way things have always been done, and this is exactly what we found to be the case when jumping into Resident Evil 7 at the PlayStation booth at this month's EGX event.

In what can only be seen as a great piece of underground marketing and promotion, it's interesting that many who have been able to go hands-on with PS VR in the past (including at last year’s EGX), will have already tried some of Resident Evil 7 without even realising, through the literally named "Kitchen" demo for the then-titled Morpheus hardware.

Nevertheless, based on the new demo entitled "Lantern" that was on offer this time, Resident Evil 7 has come a long way since then. It certainly takes the series squarely back to horror. You begin on the run from an agitated old woman holding a lantern, so Resident Evil 7 automatically gets the heart racing and puts you on edge.

From here the demo pushes players into an abandoned wooden shack in the middle of Louisiana, and tasks you with avoiding the woman’s menacing grasp. With the odd puzzle thrown in for good measure. Again, this harkens back to the old suspense-filled days of Resident Evil’s origins.

This requires the player to make use of tight corners, dark hiding spots, and a degree of fast thinking, in order to survive, all of which have been a constant present within the series in one form or another.

Nevertheless, applying these to VR, Capcom have been able to create an experience that would arguably be impossible to recreate outside of the platform. For example, on many an occasion we found ourselves hiding in a corner whilst peering through cracks in the wooden walls.

Without revealing too much, the demo also ends with a terrifying sequence of events that see the player locked into one position, merely awaiting the inevitable horror. This may sound overtly cruel to the player, but it highlights another important development tool that Capcom are making full use of: in virtual reality there is no escape.

It’s obvious that Capcom have still yet to complete work on the game, as there was definitely a certain degree of pixelation within the display, and also some predictability to the movements of the mother of the family. However, this is to be expected from a demo which was certainly designed to give convention goers their first taste of VR horror.

Of course, Resident Evil 7: Biohazard will also be released for non-VR platforms such as the PS4, Xbox One, and PC. However, given how the game has been built from the ground up for VR, utilising Capcom’s new “VR-orientated” RE Engine, it will be interesting to see how the standard release will fair compared to the unique experience that is offered to players through PS VR.

Today there are several horror titles in development for virtual reality platforms, reaffirming just how perfect the technology is for this type of experience.

Given that Resident Evil 7 is the first well established triple-A title to make the move to VR, it can give us an insight into how some of the other biggest names in the industry may approach the new platform. Moreover, very few triple-A products are targetting the PS VR over other platforms, so this places Capcom in a unique position to rapidly take it’s established franchise to a huge gaming audience.

Capcom have always been a trend-setter in the gaming industry when it comes to horror, and given the focus on VR, the use of PS VR, and the brand power of the franchise, it looks like from a consumer perspective they may be positioning Resident Evil to do it all over again.

It'll also be interesting to also see how this affects the many developers who are currently working on horror VR titles. If it’s anything like when Resident Evil was released back in 1996, or even when the iconic Resident Evil 4 was released in 2005, this could well be a game changer for developers and consumers alike.

EGX 2016: How Windlands' developers listen to the community